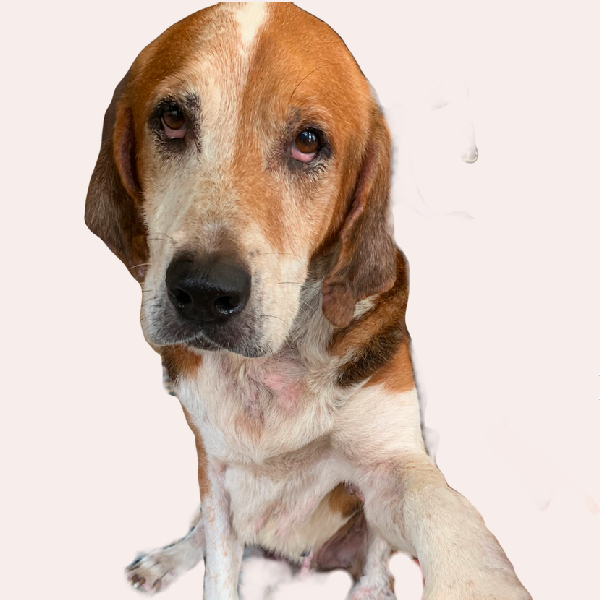 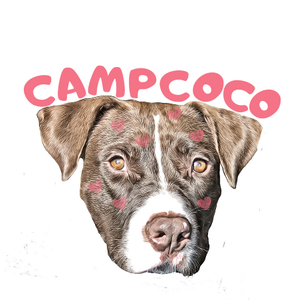 Frank was brought into the shelter after being hit by a car, he was frail and lost, clearly far from what used to be his home. A group of bystanders found him lying in the road, ready to let go. They quickly searched for help and the dog warden brought him to the Hillsborough Pet Resource Center in Tampa, FL. A hurricane was about to hit Tampa Bay, and the shelter was at 150% capacity. Volunteers were urged to help in anyway they could, dogs were being given away for free and pets were being surrendered left and right.

Lauren and Ava couldn’t turn away a shy eye to the assistance that Frank really needed, but we wanted to help as much as we could. The shelter promised vet assistance in return for fostering, so we loaded Frank up in our car and brought him home. He refused to enter the home, almost like he had never entered into one before. He took himself to settle in our backyard, where we provided blankets and plenty of food.

Frank suffered from severe arthritis and was malnourished. He was intact when he came to the shelter and had a botched procedure to “neuter” him. This was the first medical case that Camp Coco took in. With low funds, it was difficult. Frank was treated with homemade oatmeal baths, chamomile pastes and his open wound on the scrotum was cleansed and bandaged. He rocked boxers and learned to love.

He would growl at touch, but then began to slowly warm up. He had never been on a couch before, yet he knew many tricks. Frank had a home, but was disposed of when he was expired. Our roommates said that time was ticking, and we needed to bring him back to the shelter. We fought with sweat and tears to convince our roommates to allow us just a few more days, this was when we started an aggressive social media outreach. Within HOURS, our post went VIRAL. We offered to transport Frank wherever he found a home, we shared with family in the Berkshires to our friends across seas.

Frank is the best story for seniors as he now is living in Missippi with a loving owner and fur siblings, his energy was brought back to life and he may live out the rest of his years in peace.