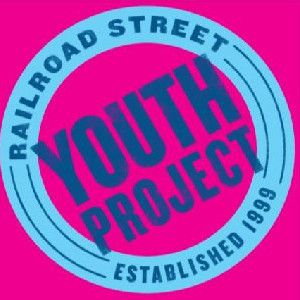 ChildrenEducationLife Skills
60 Bridge St, Great Barrington, MA 01230
Mentoring is currently recruiting for our 1-on-1 mentoring program. Apply today or reach out to Mica for more information at [email protected] 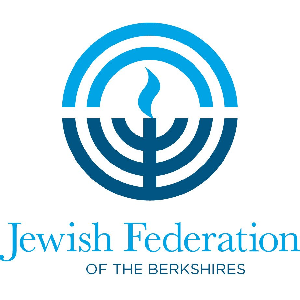 Caring in the Age of Coronavirus for

Jewish Federation of the Berkshires

Caring in the Age of Coronavirus

For community members who are at high-risk, in self-quarantine, or just not feeling well, Federation is here to help. Whether they need deliveries of food or supplies, would like to set up a weekly (or daily) check-in call, or might enjoy a "virtual friendly visit", we have community volunteers who are able and ready to help. We can also arrange a supportive conversation with a Rabbi or our community social worker. 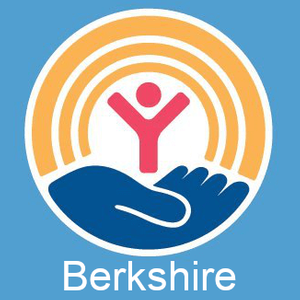 ChildrenEducationHealthHungerLife SkillsPovertySenior ServicesSocial Justice & EqualityVeterans & Military Families
200 South St, Pittsfield, MA 01201
In March, a coalition of philanthropy and business partners joined together to launch the COVID-19 Emergency Response Fund for Berkshire County to rapidly deploy resources to 501c3 organizations on the frontlines working with communities disproportionately impacted by the coronavirus and the economic consequences of this outbreak. Berkshire United Way, Berkshire Taconic Community Foundation, Northern Berkshire United Way and Williamstown Community Chest are assessing the longer-term needs related to the pandemic. In the meantime, donations continue to be accepted and are greatly appreciated. 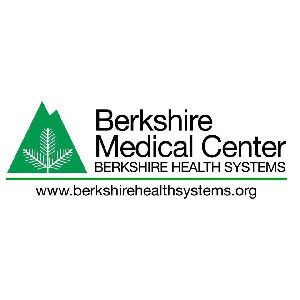 Health
725 North St, Pittsfield, MA 01201
Berkshire Health Systems and the entire Berkshire community is facing an unprecedented crisis. The novel coronavirus (COVID-19) is placing extreme stress on our healthcare system and our doctors, nurses, and support staff on the front lines. By donating to the COVID-19 Relief Fund for Berkshire Health Systems, you will provide us with the critical resources we need to fight this virus.
By working together, we will make it through this. Thank you.

Covid19 Relief and Recovery Fund for

Jewish Federation of the Berkshires

No one could have anticipated the financial impact this pandemic would have. The Jewish Federation of the Berkshires has provided a safety net for our Jewish community for more than 80 years and we are here to help individuals and families through this difficult time.
Your support, together with seed funding from our annual campaign, will help the Berkshire Jewish Community manage through this crisis by addressing social service needs and providing immediate assistance to community members for essential needs such as food, utilities, mortgage, rent, etc. A portion of this fund will also go towards a tzedakah donation to support the broader Berkshire Community. To donate now please visit: https://jewishberkshires.org/covid19-relief
If you or someone you know in our Jewish community might benefit from assistance, please direct them to inquire through our assistance page. 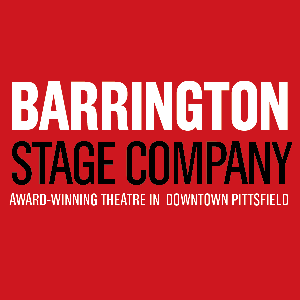 Did You Miss the BSC Bash? Watch the Entire Show Here! 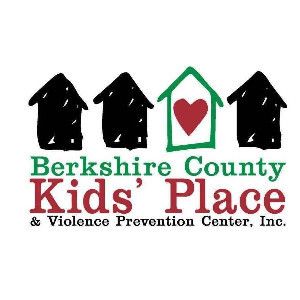 ChildrenEducationHealthSocial Justice & Equality
63 Wendell Ave, Pittsfield, MA 01201
The amazing work that happens here at Kids' Place is only possible thanks to the generous support of people like you. Please consider making a tax-deductible donation today.Together we can make a big difference in the life of a child.

Donate to The Next Act: A Campaign for BSC! for

By donating to Barrington Stage Company, you are playing a very real and critical role in ensuring that world-class theatre continues to thrive in the Berkshires.

BSC knows that, with the collective investment of our extended family of supporters, we will return for our Next Act stronger than ever! Your support of BSC?s Next Act Campaign will enable BSC to not only survive 2020, but to thrive in 2021.We THANK YOU for your faith and support in our theatre at this very challenging time!Did You Know? Thanks to the recent passage of the CARES Act, every American can donate up to $300 tax-free, whether or not you itemize deductions. Please consider making a $300 donation today. 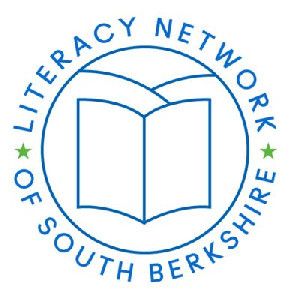 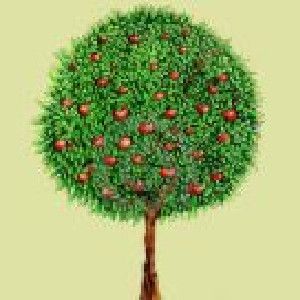 HungerPoverty
33 Commonwealth Ave, Great Barrington, MA 01230
Berkshire Bounty has implemented significant operational changes since the onset of the COVID-19 pandemic. These changes include the following:

Get Your Tickets to Our Revolutionary 2020 Season!

Arts & CultureEducation
122 North St, Pittsfield, MA 01201
In the aftermath of the past months, we must all hold tight to the things we value above all else. Art is essential to our lives. Theatre has the power to transform — it is healing and hopeful and shines a light on our shared humanity. We can all use some healing and hope and shared humanity right now.BSC has received international acclaim as the first theatre in the U.S. to devise plans and gain approval for a socially distanced 2020 season. We just wrapped a critically-acclaimed run of Harry Clarke by David Cale and starring BSC Associate Artist, Mark H. Dold. "Time and money could not be better spent," raves Peter Bergman of Berkshire Bright Focus.Still to come are The Hills are Alive with Rodgers & Hammerstein, an uplifting outdoor revue featuring some of the greatest musical theatre songs ever written; Judgment Day, a virtual reading benefitting BSC and The Actors Fund and starring Patti LuPone and Jason Alexander; and Leslie Kritzer: Is It Over Yet?, a rollicking cabaret performed by BSC favorite and recent star of Beetlejuice the Musical on Broadway, Leslie Kritzer. And more!

Here For Good Fund for 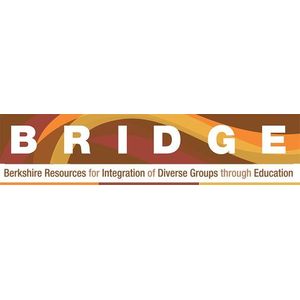 How to help! for

Arts & CultureEducationSocial Justice & Equality
17 Main St, Lee, MA 01238
If you can make a donation, please mark it COVID-19: W2W for immigrant women and families, COVID-19: TRJ&E for Racial justice for any racial equity issues attached to this virus or COVID-19: HT for our Happiness Toolbox Families or in the memo/comments on PayPal please write COVID-19 Aide.Also, BRIDGE itself could use support to help our team working remotely with equipment and technology enhancements--use COVID-19: Capacity and let us know if you can help! Additionally, we may need support for individuals and families that need food/supplies picked up and dropped off. Please email [email protected] if you can support food & supply delivery. In the title of the email, please include the words Rideshare: Meals/Supplies. 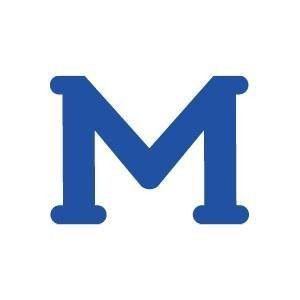 1. Become a member to receive benefits and support our mission

2. Sponsor an event or advertise in our playbill

3. Volunteer as an usher 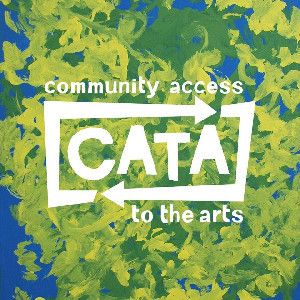 Make a Gift for

Monetary Donations in Any Amount are Always Welcome 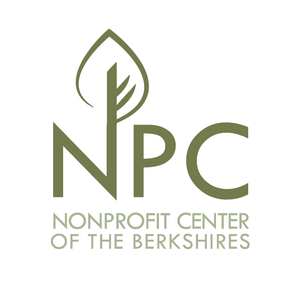 Nonprofit Center of the Berkshires

The Nonprofit Center of the Berkshires has been supporting the great work of our local nonprofit sector since 2016. We do so by serving as a clearinghouse for information and resources, providing a one-stop solution to daily challenges nonprofits face. By creating affordable opportunities for nonprofits to connect, learn and grow, the NPC works to improve the overall organization and efficiency of the nonprofit sector. Contact Liana at [email protected] to give.

Nonprofit Center of the Berkshires

Volunteer from home to help us complete research projects. Help us grow our impact by doing outreach to the nonprofit community.   Contact Elizabeth at [email protected] to help. 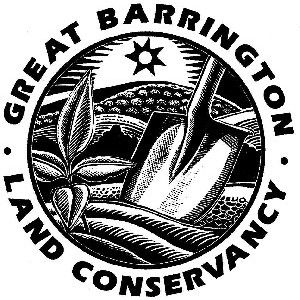 Environment
Great Barrington, MA
Final construction of Riverfront Trail is currently underway. It will feature river viewing areas, informational signs that note important local historical and natural features, and a 20-foot long footbridge. Peter S. Jensen & Associates, LLC has cleared the trail terminus and pathway on the Brookside Road segment of Riverfront Trail. Construction of the footbridge has begun. Once completed, the trail will provide access to cherished natural areas and a new walkable route near town. To support trail construction, visit www.gbland.org/donate.Two wooden benches with custom engraved plaques will be available to adopt on the Riverfront Trail near Brookside Road. These benches, which will be enjoyed and used by visitors, will be installed at two special locations selected by trail designer Peter Jensen: a wildlife viewing area overlooking a bend in the river and a shaded trail terminus with a mountain view on the Brookside Road segment of the trail. You may honor a loved one in your life by making a gift that will last for years to come. Contact [email protected] to learn more about how to dedicate a bench to someone special.

Sign Up Your Child for BSC Summer Camp! for

Virtual KidsAct! and TeensAct! CampsThese camps are customized for campers who want to build their acting skills and be engaged creatively. Campers will film themselves under the guidance of our experienced teaching artists and create a virtual show together. Our teaching artists will teach virtual classes, offer private coaching, and help campers with independent, project-oriented learning. Counselors will be available to answer questions outside of class, provide one-on-one coaching, and help with project completion.Students must have access to Zoom, a Google account, a device with an internet connection, and a camera. Tripods are recommended for those connecting and shooting video with a phone. Our intensive camps are a training ground for future performing arts professionals. Students learn all aspects of theatre and what it takes to create quality productions. KidsAct! has been bringing the professionalism of BSC to students in the Berkshires since 1999, recently winning the Macaroni Kid 2019 Gold Daisy Award for Family Favorite Theater lessons in the Berkshires. Register today and study with the best.For more information, contact [email protected].

EducationLife Skills
100 Main St, Lee, MA 01238
As a part of our ongoing effort to adapt to COVID, we are launching a pilot program to test the waters of remote learning. If successful, LitNet will begin to offer online resources, tutor and learner training and a Master Tutor program which will enable our current tutors to work together sharing best practices as we evolve. 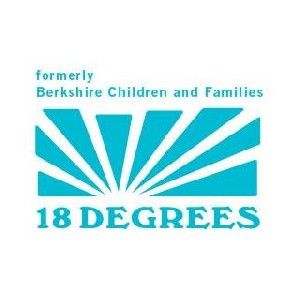 Volunteer as a Tutor for

EducationLife Skills
100 Main St, Lee, MA 01238
As LitNet moves towards remote learning for the duration of the pandemic we are in need of "tech savvy" tutors. 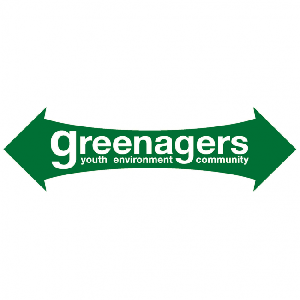 Volunteer on the Farm for

EducationEnvironment
62 N Undermountain Rd, South Egremont, MA 01258
We have a lot going on at April Hill Farm and welcome volunteers to come and help with planting, weeding, and harvesting our annual and perennial food crops - all food grown at the farm will go to local food pantries and schools.